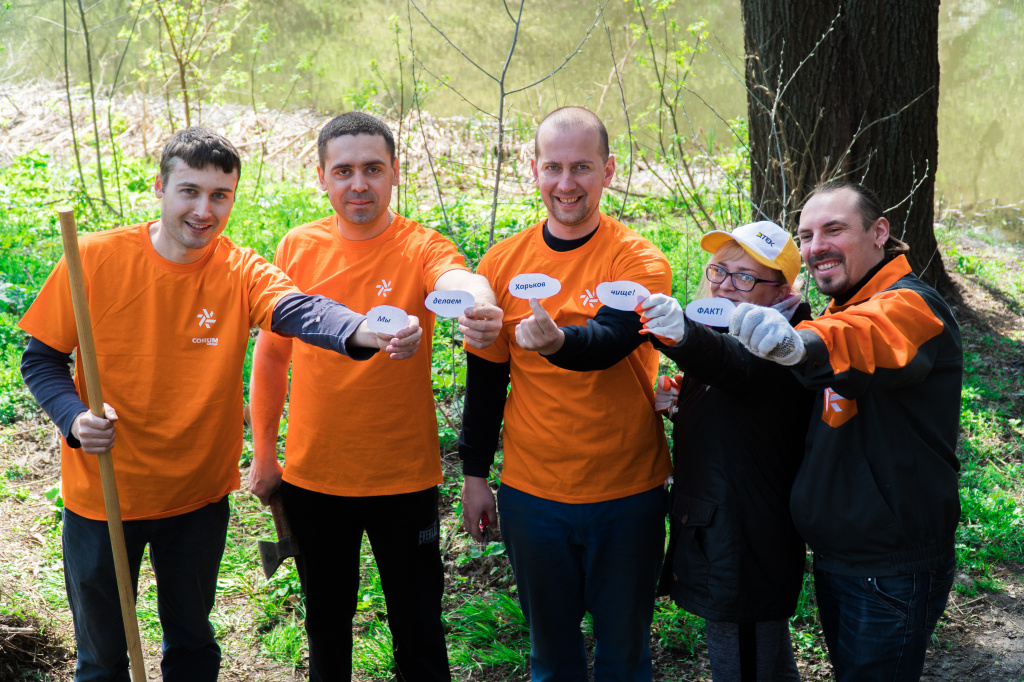 On April 20th, the mechanic engineers of Corum Svet Shaktera plant supported all city Community Clean-Up Day in Kharkiv within the frame of All Ukrainian campaign “For clean environment”.

The employees of the plant are all for our beloved Kharkiv to be clean and the planet to become more green and comfortable, so that is why they gladly contributed to the improvement of the environment. The mechanic engineers cleaned streets adjacent to the plant and a part of the territory along Lopan river from garbage and sand.

“Kharkiv is large and very beautiful city. But not only public services, but also all residents should take care of this beauty and cleanness, - says Sergey Kostenko, the transport worker, member of the Youth movement of plant and one of participants of the campaign. – We believe that after such a “general cleaning” citizens will pay more attention to maintaining of cleanliness of their favourite city. As the place becomes clean, not only when people clean it, but also when they stop littering it. In what condition our descendants will receive the city, the planet depends on each and everyone of us.“

The employees of Corum Svet Shaktera plant collected more than 10 cubic meters of litter, last year’s foliage and dead wood near the river and put border stones in order, swept the surrounding streets and planted 15 birches and apple trees.

Corum Group includes engineering assets of SCM and that is enterprises in Kharkiv, Druzhkivka and Kamensk-Shakhtinsky , “Corum Shakhtspetssroi”, service companies Source Corum and Corum Repair, as well as foreign trading companies and representative offices. Key customers of the company — 14 largest mining holdings, whose assets include 150 mines and quarries. Corum equipment is used at mining enterprises in 15 countries.