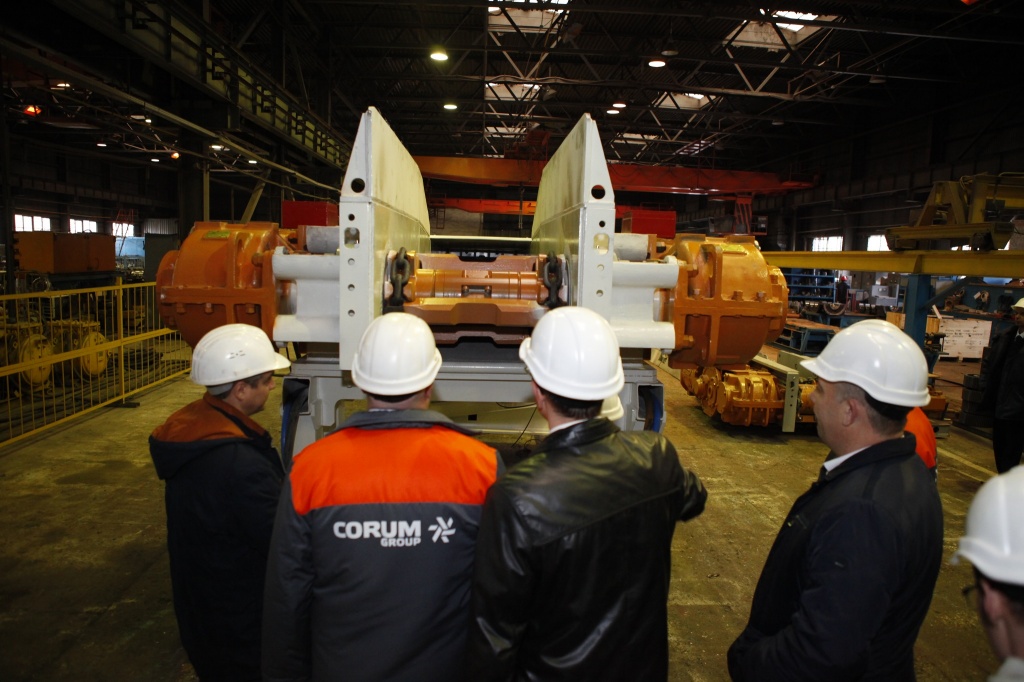 Following the results of I Quarter of 2018, Corum Svet Shakhtyora Plant increased their output by 32% compared with the same period in 2017. From January to March, the commodity output made up UAH 199.5 million. Scraper conveyers, shearers, transformer substations and remote feed systems of the shearer are among the main equipment.

We succeeded in reaching such efficiency thanks to high-level contracting of Corum Group. This provided 100% capacity utilization of the plant. At the same time, debottlenecking and acquisition of new cutting-edge equipment made it possible to cope with the increased number of contracts within contractual period or even earlier in some cases.

“Only for the period from the end of 2016 to January 2018, the machine pool has been strengthened by numerous state-of-the-art equipment, such as drilling and milling machining center DOOSAN, EDM machine Mitsubishi, electrical furnace for metal heat treatment, inverter welding machine TAURUS,” comments on Aleksandr Kovalchuk, Director of Corum Svet Shakhtyora Plant. ”Investments in the production – almost UAH 60 million – have fully proved their value: they made it possible to evade outsourcing of many components, in particular, basic parts of shearers, to shorten the time for part processing and to improve quality of our products. As a result, this has allowed increasing throughput capacity that leads to productivity enhancement.”

Aleksandr Kovalchuk is sure that maintenance and development of production facilities is an important step toward strengthening the plant potential for fulfillment of growing volume of the orders. “We produce equipment based on individual needs of specific customer. At the same time, we offer not only equipment but comprehensive solution of the problem. For instance, if the client faces the challenge to increase production, we select a complete set of equipment, which will be efficient to precisely achieve this objective. The effectiveness of such approach is visible: our plant is provided with orders for the entire 2018 and the first half of 2019.“

From January to March 2018, Corum Svet Shakhtyora Plant fulfilled the orders for production and shipment of 16 large-sized units of equipment for domestic and external market. They include 4 scraper conveyers, 2 shearers, 7 transformer substations, 3 remote feed systems of the shearer, and other types of equipment and components. The major consumers of the products are DTEK enterprises, as well as companies of Estonia and Kazakhstan.

In the second quarter, we are planning to produce and ship 9 large positions more. The upgraded shearers КА200 and UKD200-500, scraper conveyers SP250 and SP251, explosion-proof transformer substations, components for the shearers are among the leaders for shipment. As early as April, commercial output is expected to increase by 28% in comparison with the corresponding period last year.