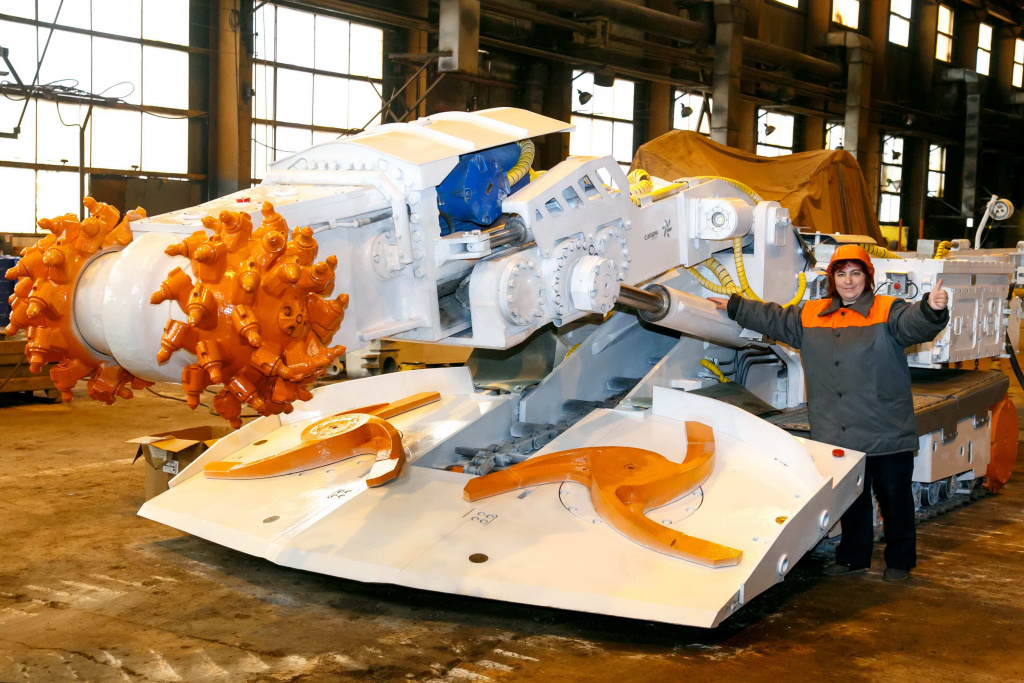 “Corum Druzhkovka Machine-Building Plant” shipped a large lot of suspended equipment and new KPD roadheader to two DTEK mines. Now other 4 KPD roadheaders are on production, and one of them is for a new customer.

The cage, suspension gear and grip block are of the standard design, are well-known for miners, and are in constant customers’ demand. But skip SO1.5 is a custom project. It is one of the tiniest skips in Plant’s product portfolio, its hull capacity is 1.5 m3. On customer’s request, skip’s new design has unified wheel pair bearing assemblies - they are replaceable with wheel transport assemblies, used at the enterprise. Hull design has been improved as well: its new framing together with ancillary elements for metal work reinforcement makes the hull reliable in operation. To provide additional stiffness of the welded and riveted frame, a number of certain fillers are mounted, and, due to damping compression springs in the holder block, skip unloading is smooth and safety for miners.

– Suspended equipment is one of the hottest products among our customers,– Tatyana Kalugina, Director of “Corum Druzhkovka Machine-Building Plant”, remarks. – Over the past year, we produced and delivered 52 pieces of various suspended equipment to mines. Year 2019 promises to be equally prolific: now, it is just the end of January, but we have orders placed to produce 7 pieces of winding equipment. Such pace,- we expect a number of new orders in the nearest future,- will provide enough work for all of us!

Besides, orders for 4 new roadheaders for DTEK Energy are placed,– Tatyana Kalugina shares production plans. It is nice to know, that Druzhkovka’s KPD roadheaders were highly appreciated by miners. In 2019 we expect to ship even more of such equipment.